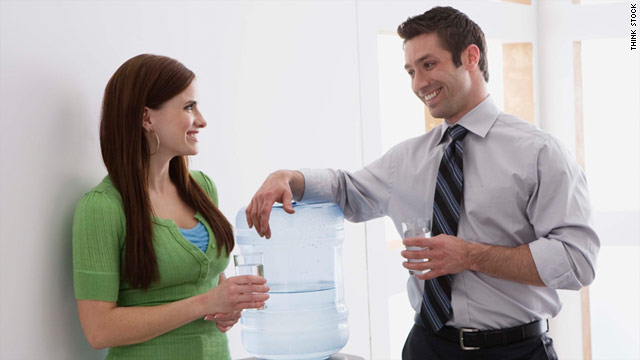 Women do all the flirting,  you interact with her like you would anyone else. Let her come to you. Why? No one likes a man who can’t control his appetite, it shows weakness and in most cases it comes across as disrespectful.  She has the right to exist as more than just a piece of @$$, remember that. Note! If it happens 100% naturally, fine its all good.

1.Parental events; Kids are your number one focus at your parent events. It’s creepy to bust an unprovoked move on your child’s teacher,  woman at your kids daycare or the woman at the salad bar during your kids graduation ceremonies.

2.The Gym; Men who go t the gym for the wrong reasons, like to meet women, stink. The gym is sacred ground for most and when you’re holy grounds for anything other than working out, we can  smell it on you. Women who are attracted to a man or have dated a man from the gym, not only saw how committed he was to his body, but how little  interested he is in the women around him.

Also, women don’t appreciate creepy men staring at them through the gym wall mirrors, it’s comes off as stalker behavior, if you’re going to do that, I’d prefer you just walk over to her and say hello.  Just get it done and over with.

Note! We all know about those girls who go to the gym, begging for attention. Don’t be weak, those girls are like the guys I just mentioned. Giving them attention will only be a waste of your time, she is after attention, not after you.

5. In front of her children;  You would think most men would have the mental function to figure this one out on their own.  However, if I hadn’t seen it happen over 3 times, I probably would have never listed it.  It’s not appropriate and it’s disrespectful.

6. At work; Don’t attempt to pick women up at work! First off  it’s a whole different skill set of seduction. Let’s be real, the dollar bill is much more important. Your boss needs you  focused and hitting on a female at the work place, could results in her claiming you sexually harassed her. If a woman happens to catch your eye, your chances would be much greater if you actually focused on your job, women find that attractive. This shows strength and focus, both key traits of an alpha male. The exception ; When it happens naturally and you don’t do anything to attract her, this is how most people from work end up in relationships to begin with.

7. The Bank; The Tellers are usually women and beautiful ones at that. Unless you’re Donald Trump, the bank should never be a place for pick up, especially if your bank account balance ain’t looking so hot. Most of all, those cute ladies behind the counter are probably just being nice to you….. It’s part of her job. Before I go, I also have to mention, I ‘m probably two spots in line behind you, and if you don’t hurry the hell on up, I will shove my foot up your @$$.

Note! All jokes aside, The  reason why I wrote this article is because I have noticed  men going to extreme measures to meet and grab the attention of women. What these men fail to know is the secret, the secret is that women find a man most attractive when he doesn’t need them at all.  While every man is losing his cool or jumping in her face to meet her. You will come across as a strong, independent  male and she will assume you’re comfortable around women.  Remember, comfort with women means success with women.